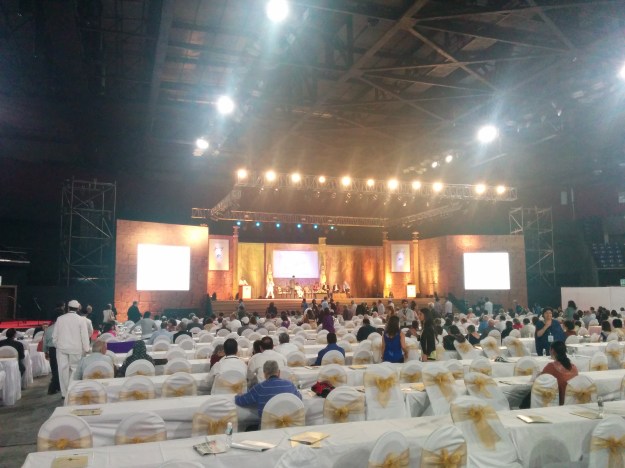 The opening ceremony started with the benediction by the Vada Dasturjis and the lighting of the lamp. The Chairman of the 10WZC Dr. Cyrus Poonawalla welcomed the delegates followed by Nadir Godrej the Vice Chair of the 10WZC. Messages from various political leaders and other dignitaries were read out by Homai Mody, the Program Chair. Some of the political leaders from Iran read out their messages in Dari with an english translation on the side screens.

Lord Karan Billimoria addressed the audience and in his erudite manner spoke about what the Zoroastrians had achieved in the UK and his efforts to bring about recognition of the faith in the House of Lords in the the United Kingdom.

Panel Discussion on the Zoroastrian Identity : The moderator Dorab Mistry introduced the panel which included Katayun Kapadia, President FEZANA; Malcolm Deboo, President ZTFE; Esphander Ekhtiary, Iranian MP; Sarosh Bharucha of ZSO, Canada and Meher Bhesania of Dubai and Dinshaw Mistry, the Chairman of the BPP. Besides Katayun Kapadia, none of the speakers were prepared to discuss the issue, or frankly had a grasp of what the moderator wanted them to talk about.

The post lunch sessions on the Bombay Parsi General Hospital tested everyone’s stamina to stay alert after a heavy meal as some very valid facts were discussed in a very dry academic manner. This was followed by another presentation on the Federation of Parsi Zoroastrian Anjumans of India.

After these two events, the stage was set for book launches in the present and future. Ashdin Lilaowalla’s wonderful book titled “Threads of Continuity” about the art of Kasti Weaving in India was launched by Lord Karan Billimoria.

This was followed by a series of anecdotes from a forthcoming book by Brigadier (Retd) Behram and Zenobia Panthaki on the life of India’s greatest soldier Field Marshall Sam Manekshaw. They shared stories from the times when Behram served as the ADC to the Field Marshall.

The last book to be released was Keki Daruwala’s book “Fire Alter”.

After a short break, there was massive energy in the crowd all of a sudden as news about President Mukherjee entering the auditorium spread like wild fire. Delegates rushed back to their seats and the President of India accompanied by the Governor of the State of Maharashtra came up on the stage.

The President was welcomed by Dr. Poonawalla and he then addressed the crowd in a very personal and heart warming address. He noted the accomplishments of the Parsis of past and present to India and urged the Parsis to do something about the dwindling numbers. He concluded by welcoming the Parsis from abroad and reminded them that for Parsis worldwide, India will always be home. The crowd rose as one to give him a standing ovation.

Coomy Wadia’s Pranjali Choir entertained the President and the audience with a few songs and the inauguration concluded with the Indian National Anthem, Jana Gana Mana sung.

After the President’s departure, the evening networking slot was open where delegates freely mingled catching up with friends here locally or from shores beyond.

The evening entertainment was a wonderful dance drama by the world renowned Mallika Sarabhai and her dance troupe. They traced the history of Zoroastrians from before the birth of the Prophet all the way to the landing at Sanjan and beyond.

The evening ended with a wonderful dinner spread to satiate everyone’s appetite.

The first day of the Congress did not create the intensity of purpose that one had hoped for, especially in a world event of this nature.

Day 02 looks to be promising. More in the days to come.