Day 03 of the 10th World Zoroastrian started bright and early at the NSCI Complex in Worli, Mumbai. The attendance at the first session at 9:30 AM was about 30% when the session started but had grown to over 60% within the hour.

Day 03′s first session was a continuation of the last session on Demographics from Day 02. Today’s session chaired by Roshan Rivetna and explored attempts to reverse the trend of population decline. There was near unanimous agreement amongst the panelists that the issue was not one of medical infertility, but rather socio-economic and other issues that were the primary underlying reason for the low birth rate.

Dr. Rustom Soonawala, the eminent gynecologist addressed the audience and suggested ways and means to improve women’s health. He also shared anecdotes from his professional work on how his Zoroastrian values and ideals have helped him in his work.

Bergis Desai addressed the Congress after the Tea Break. He spoke about the issues facing the various Zoroastrian philanthropic trusts in India today. There is no doubt that there is a lot that is not working at the BPP. But then there is also a lot of good that the BPP does. For someone of the stature of Mr. Desai to come and be so critical of the BPP (and the host of the Congress) without then offering concrete steps and his expertise to resolve this, left a sour taste in the mouth.

The next panel discussion chaired by Adille Sumariwalla addressed Parsis in Sports and the lack thereof today. Cawas Billimoria, Nari Contractor and Mickey Mehta shared their thoughts on what it meant to be at the top of their “game” in their respective sports. Mickey urged people that in life and in sport don’t worry about what you win. What is important is how you played. 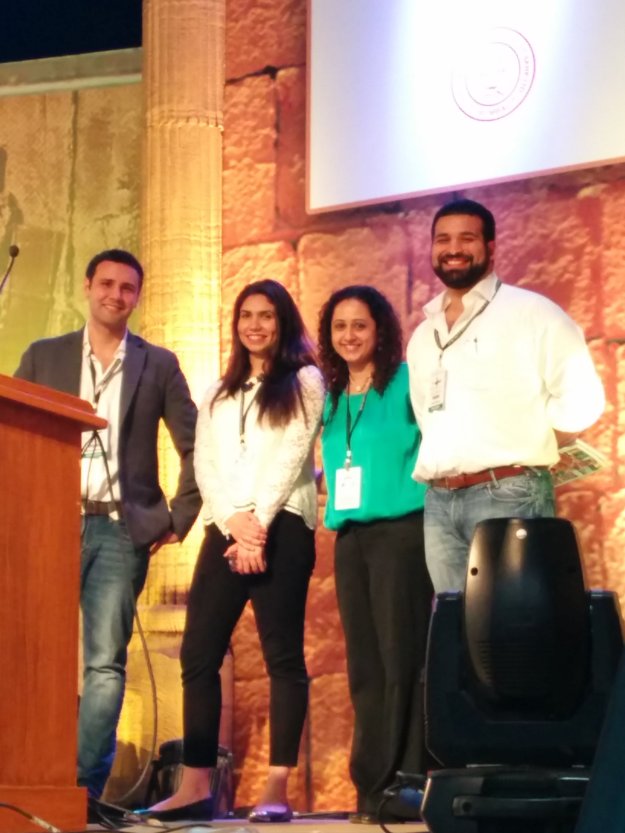 The Zoroastrian Return to Roots Program as conceptualized to bring young Zoroastrians from all over the world to visit their “motherland”. Aban Marker-Kabraji and Shernaz Cama as co-chairs mentored a core group of Zoroastrian youth….Dinsha Mistree, Rosheen Kabraji, Shireen Havewala and Kaiyan Mistree who conceptualized the program and brought it to fruition. Over 40 applicants applied and after a rigorous selection process, 16 of them arrived from USA, Canada, UK and Pakistan into Mumbai on December 23rd to become the first ever Return to Roots Fellows.

The last session of the day was about the Shah Nameh the Persian epic by Ferdowsi. Vesta Curtis explained parts of the literary work through slides and illustrations.

With that it was time for the bawajis to hit the races !! The Zoroastrian Millions Trophy was held at the Royal Western India Turf Club a.k.a Race Course. All decked up, suited and booted; the delegates of the Congress were seen at the Race course, placing bets; following the races or just taking in the atmosphere and the hospitality arranged by Cyrus Poonawalla, who is intrinsically involved with the RWITC at many levels.

After the races, the delegates made their way back to the NSCI for the evening entertainment. 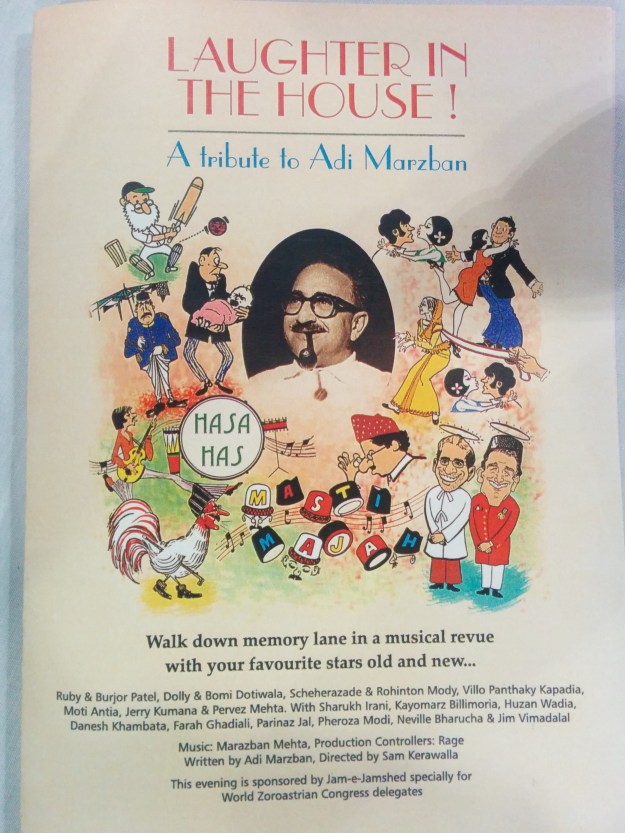 Laughter in the House was a variety entertainment program put together to remember Adi Marzban the legendary theater personality who epitomized Parsi Theater in the 20th century. For over an hour, many of his old actors and newer ones put out a series of skits, songs and performances all written by Adi many many years ago. The crowd old and young had a blast and yearned for more when it finally came to an end.