Of Steel, Metal Birds And More 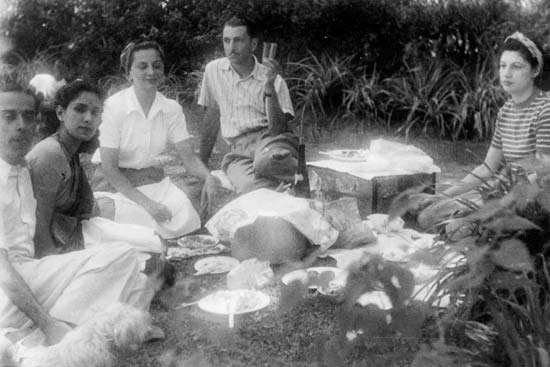 The Tata sky is a limitless firmament, and its gods a generation of Parsi gentlemen like no other
ZAREER MASANI

Telling the story of the Tatas, both the Indian business empire that now looms so large in Britain and the remarkable family which built it, has taken me back to my own childhood roots. I entered the Tata story in July 1948 as an eight-month-old infant on Air India’s first flight to London. I was accompanying my parents and the legendary Tata chairman, JRD or Jeh, who was the foun­der-chairman of this new airline and a passionate aviator himself. As I grew older, some of my earliest memories are of sitting on Uncle Jeh’s knee, while he cheerfully mended my broken cuckoo clock in his private repair shed in his back garden.

Those were the days when Bombay, as it then was, still had gracious mansions and bungalows with lush, tropical gardens, full of flowers, birds and, yes, even king cobras. My father worked for the Tata Group for a decade as chief of staff to JRD Tata and head of public relations. My parents and the Tatas were also close personal friends. Mother, a keen golfer like JRD, regularly made up a foursome with him at the nea­rby, ex-colonial Willingdon Club, its 18-hole golf course an oasis of beautifully landscaped greenery in the heart of Bombay. We lived on a hilltop round the corner from the Tatas, and I spent much of my weekends with them, playing with their beloved dog Pinocchio and watched over by their majestic Pathan butler, Ahmad Shah.

We saw less of each other as the years went by. My father left Tata in 1958 to launch a major new political party, Swatantra, with a radical free market agenda strongly opposed to the prevailing socialism of the Nehru government. JRD sympathised with the new party and insisted on making company donations to it, in defiance of Prime Minister Nehru’s angry objections. My parents and the Tatas remained close friends; Father and Uncle Jeh had a regular weekly lunch date till the latter died in 1993.

One reason for my own closeness to Uncle Jeh and his half-English wife Thelly (Thelma) was that they were childless, and I became a much-loved, adopted nephew. The Tatas by then had a reputation for being one of the most infertile families in a community already renowned for its tiny and dwindling numbers. Like me, they came from India’s smallest minority, the Parsis, 10th century migrants from Persia and followers of the world’s oldest monotheistic religion, Zoroastrianism. The Parsis fled Islamic persecution after the Arab conquest of Persia and were welcomed in India. They were among the first Indians to westernise under the Raj and soon became leaders in business and the professions. Numbering only about 1,00,000 at its peak, today the community has shrunk to around 40,000.