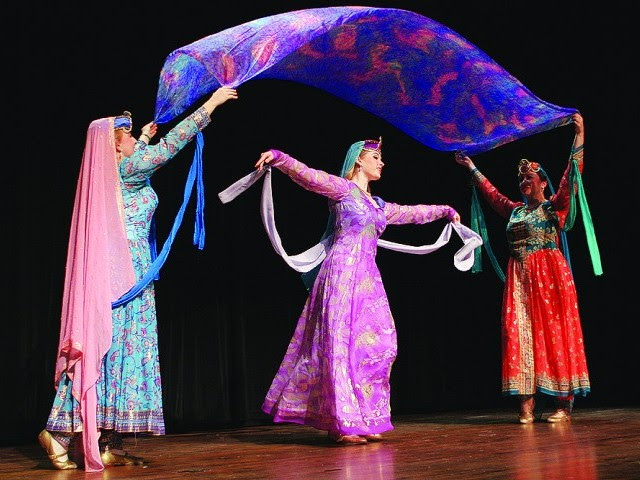 A 2009 Navroze event at the Philadelphia Museum of Art. PHOTO: PARSI KHABAR

Being a Parsi Zoroastrian — a group of Zoroastrians from Greater Iran who migrated to the western borders of South Asia during the seventh century AD — in India I’ve heard many friends tell me, “Lucky you, you get to celebrate two New Years!” My reaction to this is to nod, smile and say, “You know us Parsis, we never pass up an excuse to party!”

However, the reason why Zoroastrians in India end up celebrating two New Years is because they follow three different calendars: the Fasli, Kadmi and Shahanshahi calendars. But the two official new year days do not stop us from celebrating each one with equal zest. This entails visiting friends and family, dressing up in new clothes, attending a play in the evening (traditionally a slapstick Gujrati natak) and rounding off the evening with a hearty meal.

However things have changed since I was a child. Back then indulging in a meal outside the house was rare; families preferred a home-cooked feast. We looked forward to it eagerly as it was not every day that such a lavish traditional meal was prepared at home, which included sali-marghri (chicken with crisps), patra-ni-macchi (fish cooked in banana leaves) and mutton pulao-dal. These were topped off with three different dessert options: vermicelli, faluda and kufi. As people’s lives got busier and disposable incomes increased, however, the tradition of a home-cooked meal was replaced by the more convenient option of dining out. The upside to this was that in cities with a substantial Zoroastrian population, one can easily locate a community diner which serves all the traditional delicacies mentioned above. All one needs to do then is to purchase a ticket for the Jamshedi Navroze dinner at the nearest Parsi club, gymkhana or community hall and enjoy the traditional feast in the company of neighbours and friends, over lively conversation and music, with the occasional dance or live act.

For most of us, therefore, March 21 is just one more excuse to eat, drink and be merry, hoping this revelry will sustain us till August, when it is time for the second New Year according to another calendar.