Is this woman rewriting the future of the cookbook?

Posted on 28 April, 2016 by yazdi Leave a comment
A 25-year-old chef’s book may change the way recipes are served up to readers in India. 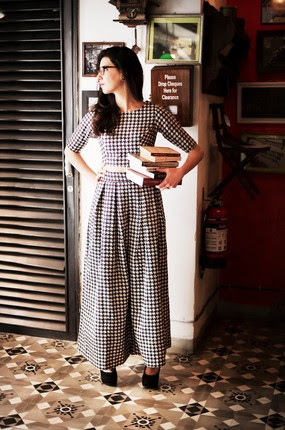 “When I entered I got the aroma of jasmine flowers. So I told my mum, we’ll dry a batch of jasmine and put it in a bottle to use in gin cocktails the next time we have a party.”

For publishing companies, cookbooks are a regular ingredient in the year’s mix. But whipping up a smorgasbord of stories, history and recipes has almost become a formula, with not much effort being put into innovating on firm.

A forthcoming book by chef Anahita Dhondy, who’s all of 25, may change that. To be published by HarperCollins, the book is closer to the novel (and film) Like Water for Chocolate, in which the young heroine turns to cooking when her mother forbids her to marry the man she loves.

Of course, it’s still a cookbook, made all the more poignant by the fact that less than 70,000 Parsis remain in India. And the recipes, obviously, are from the family vaults. “Handwritten recipes get handed over one generation to another, but food runs in every bawa’s blood. It’s always about what the next meal is going to be.”