If only Bapsybanoo had left all this money to the Parsees!

Bapsybanoo Pavry was born Miss Bapsy Pavry of Bombay, the daughter of a Parsi Head Priest, the Most Rev. Khursheedjee Pavry.

Bapsy was in England from a young age and the Bombay beauty was considered to be quite a socialite. So much so that in 1952 Bapsy married the 16th 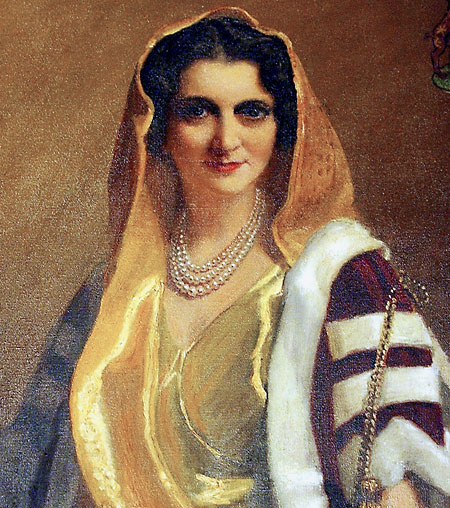 It is said, within weeks, Marquess Henry Paulet left her for another woman, thought to be Eve Fleming, mother of Bond author Ian Fleming. The Marchioness left the Hampshire city and never returned. But
Marchioness’s £500K wish granted 14 years after her death
in June 2009, room in the Guildhall was refurbished and renamed after her with a huge portrait of her taking pride of place.  “People will finally know who she was, which is what she wanted.”

If only she had left all this money to the Parsees!