Journey from Persia to The-Hind

Written by The Bawa Guy

The cold breeze is blowing! The sky is getting red. Arrows are flying, shields are splintered, there came the Arabs and now began the downfall of the great Sassanian empire under the rule of King Yazdegerd III. 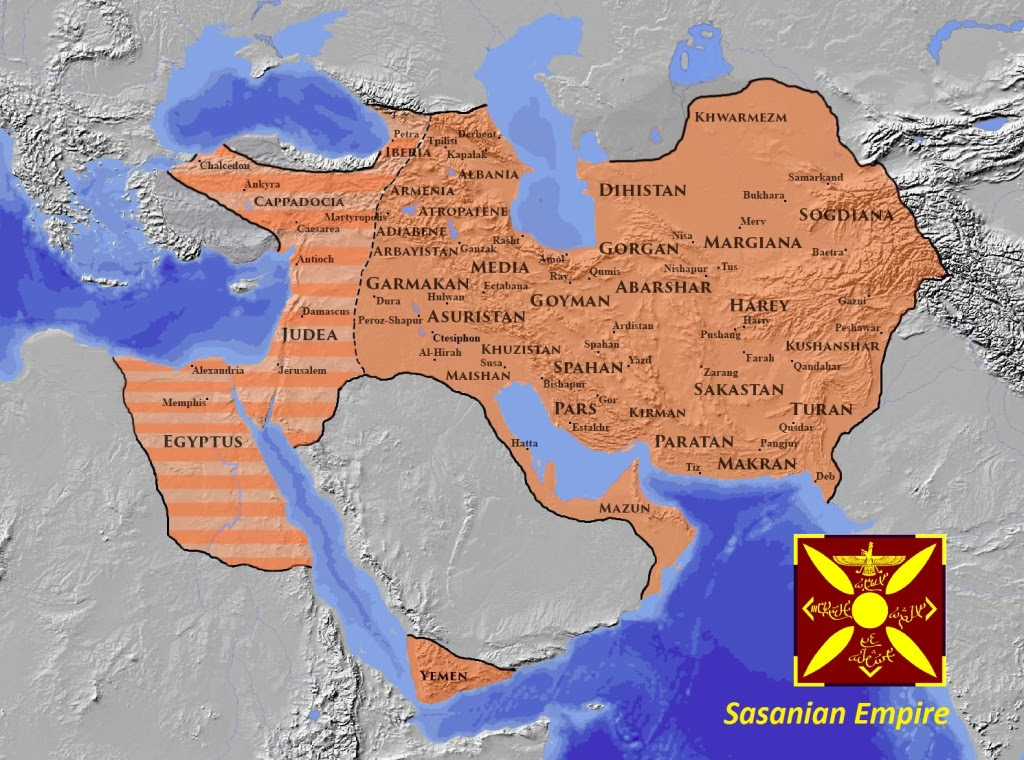 Until the Arab invasion and subsequent Muslim conquest, in the mid 7th century Persia (modern-day Iran) was a politically independent state, spanning from the Aegean Sea to the Indus River and dominated by a Zoroastrian majority. Zoroastrianism was the official state religion of four pre-Islamic Persian empires, the last being the Sassanian empire. The Arab invasion abruptly brought to an end the religious domination of Zoroastrianism in Persia and instituted Islam as the official religion of the state. When asked by Yazdegerd, about the reasons for the unwarranted Arab aggression against Persians, an Arab soldier replied, “Allah commanded us, by the mouth of His Prophet, to extend the dominion of Islam over all nations.”

There came the need to safeguard the religious faith and thus began the history of the great Journey, the journey from Persia to The-Hind (modern-day India).

The persecution of Zoroastrians led to the dispersion of the people “of good faith“, to Sanjan (Khorasan) in the mountains of Greater Khorasan in the northeast Persia, where they held shelter for a 100 years to protect the holy fire and the religion. The fear among the people grew as they would see the wrath of the Arabs invading the Persian towns one after the other. This led the Behdins and Dastoors to come up to a decision to flee to the ports of the town Hormuz in the Kerman province of Iran, leaving behind their lands and possessions they held for thousands of years. There they settled for 15 years until when they realized that their noble lineage is at a high risk. Thus, the time came to leave their mother land, the land of Zoroastrian dominance pre-invasion, Iran !! 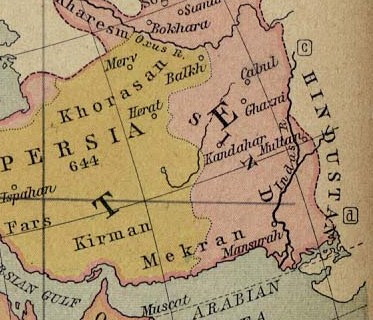 Eight ships with 1000 Zoroastrians each on board set sail towards the mightyHind with their hearts filled with emotions of leaving the Persian realm behind. The ships sailed the sea under the leadership of Dastur Magawan Nariosang Dhawal. The ships anchored on the port of the island Div where the Zoroastrians held shelter for nineteen years. There they disembarked and made their homes on the land at their feet, until the astrologer once again sought their future. The aged Dastur peered into his charts and said, “O enlightened friends, Again we must depart and find another place which we can call our second home.” Hence, once again history repeated itself and the Zoroastrians set sail towards Gujarat in the Hind. The sea was silent and the moon was bright. The ships were on the way toGujarat in the middle of the sea, until they began to roll from side to side and the temperature dipped all of a sudden. Dark clouds obscured the moon. People on the ships got a sight of the heavy storm confronting them. A winnowing wind fermented and sighed, rippling the surface of the calm sea. There came the rain gushing with the waves banging to the ship. The prudent Dasturji along with his folks gathered and started chanting the prayer of “Yatha” and word to the mighty Bahram that they shall kindle an Atush Bahram once they land safely to the Hind. Within no time, the ruthless storm subsided miraculously. The glory of the prayer, which was known as the “Parsi-No-Thabaryo” got enchanted among the others on board. 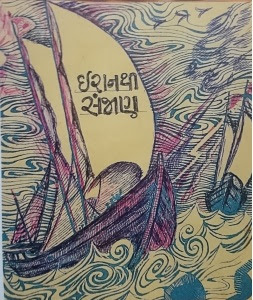 Image: Large ships sailing in the sea from Iran to Sanjan

The ships arrived on a port of a small town in Gujarat. A benevolent and magnanimous King was ruling there at that time, by name Jadav Rana. Dasturji approaching the ruler with a gift having uttered the words of benediction to him, requested: “Oh Maharaja! give us refuge and shelter in this city. We have come here a helpless lot, seeking your refuge, fleeing from the unabating persecution of the aliens.”  The Zoroastrians were welcomed by the King by presenting them a pot of milk filled up to the brim by the hands  of one of the Kings guard to signify that his kingdom was already full and could not accept refugees. Dasturji Dhawal responded by mixing a handful of sugar into the milk. The reply implied that “we are only a handful of people and we shall mix with your kingdom and sweeten it just like this sugar in the milk without having it spilled“. 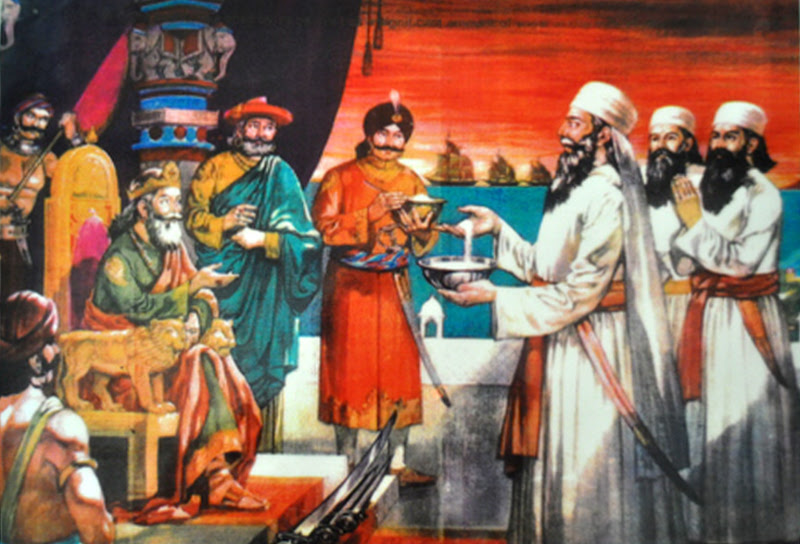 Impressed by Dasturjis’ response the King gave refuge to the Zoroastrians in his land which was soon named as Sanjan after the old abandoned land, Sanjan in the Greater Khorasan. King laid out a few conditions for granting sanctuary in his kingdom:

These conditions were agreed and the Parsi Zoroastrians settled in the great land of Hindustan since then. Dasturji pleaded for permission to establish an Atush Bahram. The request was accepted by the King and the Athsh Bahramwas setup by the name of “Iranshah” implying the King of Iran. Since then the glorious fire burns protecting the new realm of the Zoroastrian history. 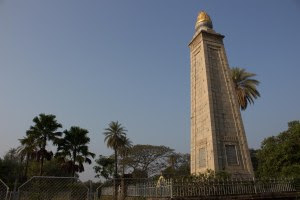