Palkhivala and The Constitution of India

FROM THE LEGAL ARCHIVES 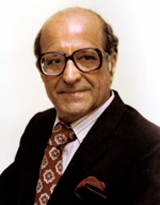 On 16-1-1920 was born a child in Bombay whom his parents christened Nanabhoy. It was not an earth-shattering event at that time. In later years, he was known as Nani Palkhivala—a household name, not only amongst lawyers, but throughout the length and breadth of our country. What was the constitution of this man who became an authority and a guardian of our Constitution in later years? What was his background?

Physically he was not impressive. A young, slim boy measuring about 5 feet 7 inches in height and not having many kilos to carry. Nani Palkhivala was not born with a silver spoon in his mouth. He hailed from a humble Parsi middle-class working family. His ancestors were in the profession of making and fixing “palkhis,” namely, palanquins, to be fitted to horse carriages of those times. Hence the surname Palkhivala, which like many Parsi surnames, is associated with a particular calling or profession.

Nani Palkhivala’s schooling was in Master’s Tutorial High School in Bombay. He was a brilliant student and did extremely well despite his initial handicap of stammering which he overcame by sheer willpower. After matriculation he joined St. Xavier’s College, Bombay and completed his MA in English Literature. In younger days, he did take to music and played the violin reasonably well. But the spell of Apollo was short-lived. Music was not one of his passions in later life.