Stay at a 19th century Parsi home in Bhuj

The daybed in the verandah room at The Bhuj House

A quaint heritage home in faraway Kutch, The Bhuj House is love at first sight. Nestled between the Bhujia Hill and the walled city of Bhuj, the homestay run by Jehan and Katie Bhujwala, dates back to the 1890s and maintains the old world charm of its heydays.

Built in 1890 by Pestonji Sorabji Bhujwala, a prominent businessman of the princely state of Kutch, The Bhuj House is the only surviving Parsi house in a neighbourhood that entirely belonged to the community at one time. While the house had always been with the family, it fell into disuse and was also badly damaged in the 2001 earthquake. This was before Jehan, the great, great grandson of Pestonji Sorabji Bhujwala, and his wife Katie decided to restore it as a homestay. “We wanted to ensure everything in the house was just like it had been at my great, great grandfather’s time, so we had to bring down the modern parts and restore the older sections,” says Jehan while telling us about the long restoration process. 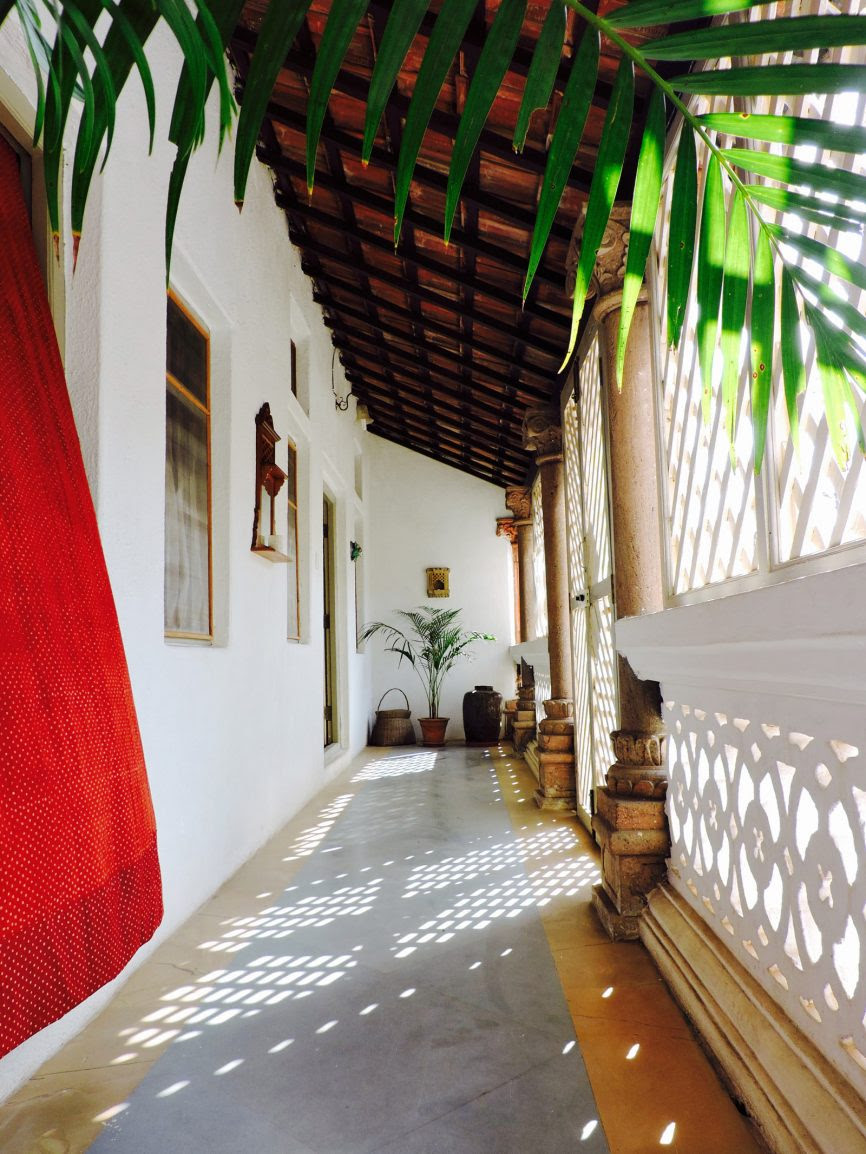 The Verandah at The Bhuj HouseWhat came out of the restoration was a magnificent 19th century home with tiled roof, large courtyard, an open pantry, multiple terraces, and a large kitchen. To ensure that the place had all modern-day comforts, ensuite bathrooms, Wi-Fi, and air conditioning were added, but without compromising on the vintage feel. Spread over two floors, the homestay now has five rooms kitted out with antique furniture, crafts and textiles from local crafts persons, and the family’s personal belongings. An old gramophone complete with vinyl records, welcomes you in the front room. A vintage typewriter occupies the study table. The grandfather clock sits next to the grandfather’s picture on the wall, and the Hichka—a traditional Gujrati swing—adorns the Hichka Room.

Every room has a name in The Bhuj House; and with that name comes a story. The Nano Room, which gets its moniker from the Gujarati word for little, was carved out of a storeroom; the Jafri Room used to be an outdoor block of loos, and Rohee’s, a suite, is dedicated to Jehan’s cousin Rohee, the last Parsi to have lived in Bhuj. The soul of the house however, is in the courtyard. A large pantry, an old swing, shady trees, and lots of chatter make it the favourite of the Bhujwala family and their guests too. 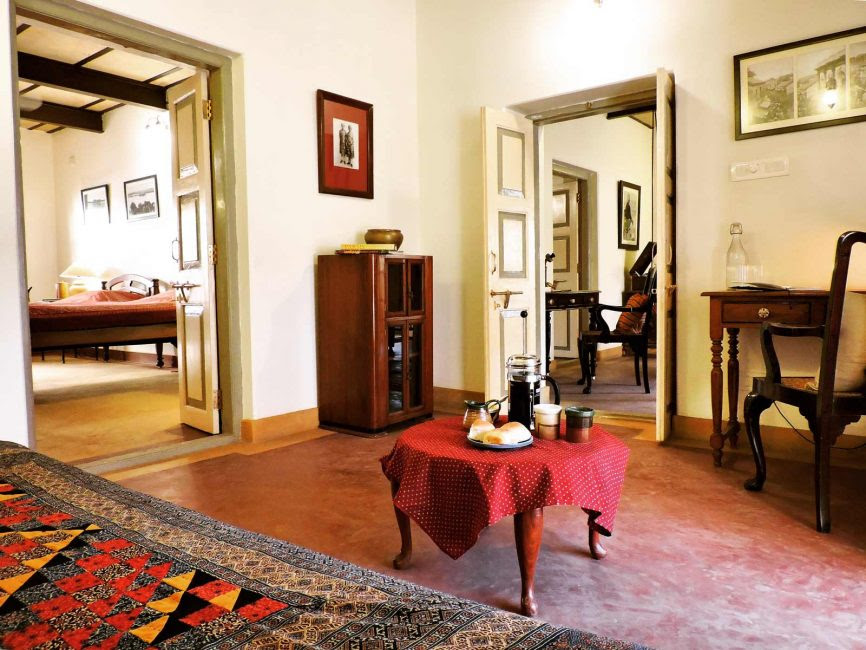 Jehan and Katie Bhujwala lovingly run The Bhuj House. The couple splits their time between Kanha and Bhuj—when they are in town, they personally attend to every guest and ensure all their needs are taken care of. Else, the property’s caretaker looks after the guests. Jehan grew up in Mumbai but was always attached to the house and wanted to do something with it. After studying geology—a route he identified to escape city life—Jehan moved to the Kanha forest to open a camp resort and finally returned to the family property in 2012 to begin renovation.

“After the Jungle Retreat: Shergarh at Kanha, we were more confident about being able to work with the house,” Jehan remembers. “Katie and I moved to Bhuj for some years to oversee the restoration work,” he adds while telling us how keeping the original structure intact and yet creating a modern space was daunting and rewarding in equal measure. The challenge, however, is far from over. Even though the homestay is doing very well, keeping such an old home running is a task in itself. The courtyard of The Bhuj HouseFood

Being a Parsi household in the middle of Kutch means the kitchen here is always working. The 24-hour pantry in the center of the courtyard is where you make your own tea or coffee, or help yourself to fruit and lemonade. All meals are prepared in-house by the cook with spices from the manager, Khursheed’s home. Special Parsi tea made with mint and lemongrass is a highlight, as is the Dhansak, Akuri, and Chicken Farcha.  The breakfast is a part of the stay; the meals are prepared on request.

How to spend 48 Hours in Bhuj

Bhuj is in the heart of the Kutch district and offers much to do. The Great Rann of Kutch is about 90-minute drive from the homestay and makes for a great day trip. The ship building unit at Mandavi, a coastal town that was once the epicentre of trade in west India, is another interesting place located at an hour’s drive.

Bhujodi village, 30 minutes from the homestay, is a treasure trove of Kutchi handicrafts and textiles. Ajrakhpur, also 30 minutes from The Bhuj House, is home to the world-famous Ajrakh print and houses workshops that excel at the craft.

The walled city of Bhuj itself is a treasure trove of arts, culture and heritage. Bhujia Hill, Hamisar Lake, Bhujia Fort and the meandering lanes hide many a treasure for those who seek. Shroff Bazaar, Ramkund Stepwell, Old Court, Royal Cenotaphs meanwhile are some other places of historic importance that ought not to be missed.

Getting There: Bhuj is accessible by flight from Mumbai. Trains connect Bhuj to Mumbai, Pune, and rest of Gujarat. The roads to Bhuj are excellent and driving to the town is a great idea too. The Bhuj house is located 10-15 minutes from the Bhuj airport and five minutes from the railway and bus stations.

Doubles from Rs5,100 per night. Extra bed costs Rs1,500per person, per night. Tariff includes breakfast and all taxes; lunch and dinner is prepared on request at Rs400 for a vegetarian meal and Rs500 for a non-vegetarian meal. Website