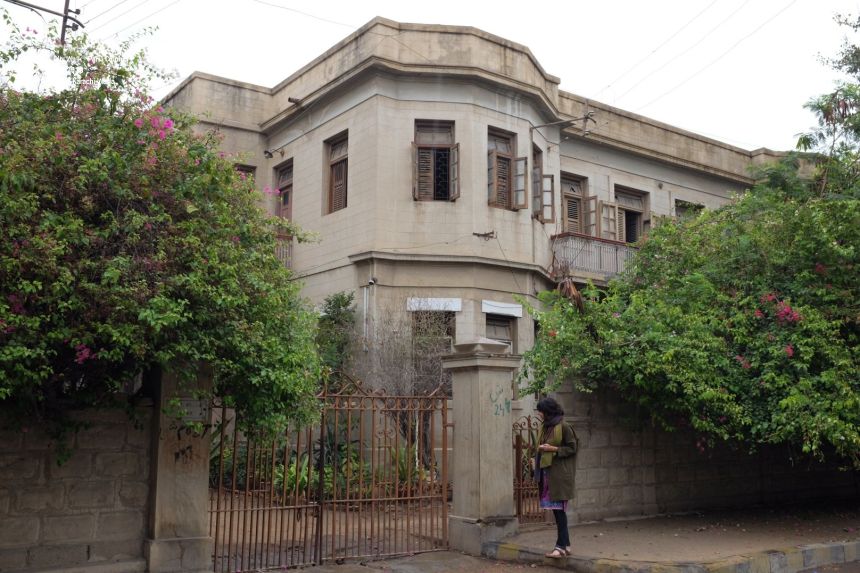 Parsi influence on Karachi’s architecture is immense. Parsi businessmen and philanthropists commissioned some of the most remarkable structures in Karachi especially at the turn of last century. People still don’t hesitate to spend lavish sum of money on buildings in present day Karachi but the city suffers from our collective lack of aesthetics and sense of community living. We can all learn a few things from Parsis, not just sense of aesthetics but life in general too. Drive to Katrak Parsi Colony and you will get to see the city you never knew. With low boundary walls, manicured gardens, old trees and community areas taking central stage, it showcases how Parsis envisioned living in modern day Karachi.

The Karachi Walla was with a British visitor, born to a Pakistani and Iranian couple. We parked our car at the entrance of the colony and walked towards the central park. The central park has Banu Mandal, the community center on one side while there is a library on other side known as Bhedwar Library. There were trees and some beautiful trees and not the usual conocarpus which has descended on our town like plague.

We walked from one end of the colony to another. I was uber excited as I have not found leisure walk such a pleasure anywhere else in the city. But it was not just me as my partner kept running from one house to another.
She told me that she found it weird when her family in Karachi did not let her walk to the grocery store in their neighborhood. She soon realized the norms and limitations of women in Karachi and hence was as delighted to find such a perfect getaway.

MA Jinnah road has become a perennial favorite of religious and political parties for holding rallies and protests. Therefore most of the lanes connecting Parsi Colony to the main road has been blocked permanently with the help of containers. Parsi population has been dwindling in the city and a lot of houses are lying vacant but Banu Mandal still brims with life during festivities.