Debating the decline – what people think about the Parsi population

I recently followed a Parsi Directory “Facebook post titled Parsi Count in India Plunges 18% to 57,264,” referring to the decade old 2011 Government of India census figures. I took part and watched as people posted their recommendations on how to combat the problem. As I glanced at these concerns and viewpoints I observed that the orthodox and reformist segments of the Parsi community were engaging in an ivory tower debate — and more often, a vituperative one! I confess I have also been an active participant, spouting views emerging from my real life experiences and frustrations.

The discussion slowed down in a couple of days and, along with the other 20-plus participants, I too drifted away. A few days later I realized this was a haphazard collection of views on the vital issue of population decline! As we stand at the threshold of the 2021 census I went back to the Facebook page and copied the full segment to study the disparate views.
I rearranged the views on specific topics to decipher what motivated the writers. I have summarized the comments in each section below, keeping the intent of the writers.
The Census: There was not much interest in addressing the numbers of either the Parsi diaspora, or an acknowledgement that there are many Zoroastrians across the world who have no connection to the Indian subcontinent or its Parsi community. The Parsis unabashedly claim ownership of the Zoroastrian faith.
When discussing the census, the primary concern was that our numbers are diminishing rapidly and the Parsis face extinction.
A thread running throughout focused on Parsi racial purity. While a few unquestioningly supported the perspective, others found it repugnant. There were also pragmatic statements like, “The only reason for me to encourage community headcount going up is simple — strength in numbers. Everything else is incidental.” Another writer commented, “They’ll put us in Victoria Gardens with a board announcing ‘Endangered Species.’” One comment suggested: “Please read demographics published in Parsiana under caption Milestones.” 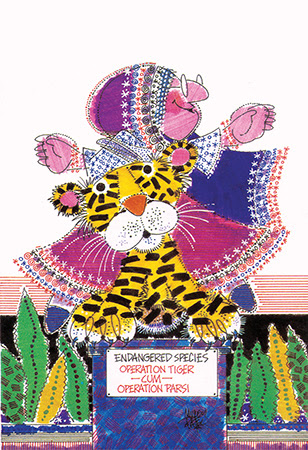 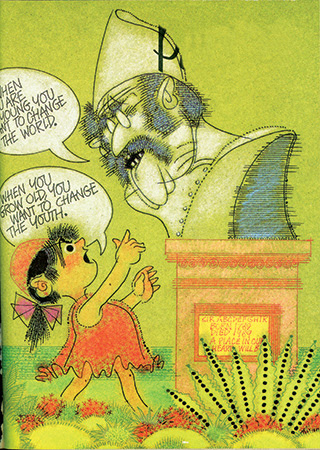 Commenters noted the Indian census figures did not include the Parsi diaspora. Since the British departed from the subcontinent, many Parsis have migrated to other Commonwealth countries and to the USA. There are also transient Parsis residing in the Middle East.
Who is a Parsi: Strongly held views included statements like: “A Parsi is the child of a Parsi couple;” “Children of a mixed marriage can be Parsis only if the father is a Parsi;” “Parsis are a ‘pure race’ and the religion does not permit marriage with people of other races.”
Questionable claims supported the beliefs that conversion is not permitted in the Zoroastrian scriptures, and that the Supreme Court had observed that a person’s DNA does not change on marriage.
Marriage: Several believed it is the responsibility of adults to indoctrinate children that they can find a Parsi life partner if they really want to. Early marriages were encouraged, and women admonished for delaying childbirth, thereby limiting the number of children they can produce. Some spoke of couples linking up at international Zoroastrian congresses. One participant, however, differed: “It’s a matter of luck that guys and girls match up to expectation. From attending various conferences there are loads of options available if one gets lucky. But those who don’t find a partner will never find one. Speaking for myself, my current date is a non-Parsi. I am in my 30s and most of those platforms failed me a match… sorry, this is how it is for me and for many more!”
The problem is there are not enough platforms where Parsi youth can meet socially, except in high density Parsi colonies and baugs.
Non-Parsis also chimed in. “My best friend married a non-Parsi, and they drove him out of the community. Today, if the Parsis really want to survive, they need to marry a humdin and have three children.”
One writer noted that parents, especially mothers of marriageable women, are obsessively picky about who their daughters should marry. Invariably the daughters remained unmarried or marry too late to bear children.
To compensate for delayed marriages, some suggested using scientific interventions like semen banks, in-vitro fertilization, freezing eggs, and surrogacy to birth offspring more effectively.
Misinformation was scattered across the posts: that Zoroastrianism prohibited intermarriage; that racial purity is lost when a Parsi marries a non-Parsi; accepting that an intermarried Parsi man’s children are Parsis. And this led to a conclusion by a few that, “If intermarriage happens we will vanish from the surface of this earth!”
Conversion: It is probably the most volatile debate among Parsis. Challenges like, “If our religion did not allow conversion, how did it ever start?” received defensive responses like, “OK, so what’s your solution to this? Why don’t you come up with one?” The commenter responded, “For a start: equal acceptance of children of intermarriage, when either the father or the mother is a non-Parsi. Then: conversion to Zoroastrianism of anyone who wishes to join and follow the faith. The Parsi community in India cannot hold the Zoroastrian religion hostage under the faulty and despicable perception of racial purity.” The response received several “like” and “dislike” emojis!
The orthodox and the reformists stand firmly with heels dug in on opposite sides of every social and community issue. The terms “reformist” and “orthodox” are often used pejoratively by opposing sides of the debates. Both words actually have a positive bearing. The word “reform” implies a desirable and positive path to follow. It is a good word. But it is often confused with giving up what we value and treasure, and changing it to something different. Change is always threatening as we feel safe in a known condition, however uncomfortable and inconvenient it may be. Reform, instead, can be a meeting point of apparently opposing views. Change can be facilitated by collaboration. It can lead to reorganization, restructuring, modification, transformation, alteration, development and amendment. In a business management environment such thinking is rewarded, because positive and desirable strategies emerge when an organization is re-engineered.
Our community’s lay and spiritual leaders should listen to the needs of its members. Protecting antiquated rules to govern modern human and societal needs will not solve the problems the community is facing. It is never too late to match the fundamental tenets of the universal Zoroastrian faith to meet the social survival challenges overwhelming the Parsi community.