After the long, dark, winter days, spring is literally a breath of fresh air. The snow is melting, flowers are blooming, and the days are getting warmer.

Novruz, a Zoroastrian holiday, marks the beginning of spring in Azerbaijan. Novruz bayram is now one of the most anticipated holidays in Azerbaijan

Marking the first day of spring and the beginning of a new year is one of Azerbaijan’s most colorful holidays. Being a family holiday, Novruz is celebrated on March 20-21. But, it all begins four weeks before the actual festivities.

Every Tuesday night, small bonfires are prepared outside which everyone jumps over, expressing wishes for a good and happy year without grief or pain. Each of the four Tuesdays is represented by its own symbol: the first one is water, the second is flame, the third is earth, and the fourth is wind. The water renews nature, refreshing it and preparing it for the new year. Fire signifies rebirth; earth signifies the revival of the earth; and wind represents the arrival of spring and the blossoming of trees.

Noruz is rich with ancient traditions and games. ‘Khidir Ilyas’ (the symbol of fertility and blossom), ‘Kos-Kosa’— an entertaining game (symbolises the incoming of spring) and fortunetelling are among them. The important Novruz symbols are khoncha (a tray with sweets, nuts fruits and dyed eggs on) and samani( green shoots from wheat seeds).

The holiday was given the status of an official holiday in Azerbaijan by a presidential decree dated 13 March 1990. In 2009, Novruz was included in the UNESCO Representative List of the Intangible Cultural Heritage of Humanity and since then,March 21 was declared the International Day of Novruz.

Traditionally Novruz is marked in Azerbaijan with the annual festival, “Maidan Bazaar” set up near the Gosha Gala Gates for several days. Here, Baku residents and guests enjoy many interesting events, including the performance of wrestlers – Pehlevans , rope-walkers and magicians, as well as artists of the children’s theater.

During the festivities, the visitors will enjoy mugham and classical music pieces, national songs of different nations, modern pop and jazz music. Besides, the participants will be able to cook national sweets or wave carpets.

Everyone welcome to light a candle

Tea and sweets will be served

Any family who is interested in holding a start of the year “Porseh” remembrance for their deceased please contact Parmis Khosravi at secretary@zamwi.org

More information will be provided in our feature emails.

Ring in the Persian New Year at our ninth annual Nowruz celebration! Featuring free attractions for all ages, this year’s festival includes storytelling, calligraphy, hands-on art activities, and more.
A program for Children and Families:
http://www.asia.si.edu/events/families.asp
Metro Accessible at the Smithsonian Train Stop
Made possible by the Jahangir and Eleanor Amuzegar Persian Cultural Celebrations Fund.

All ages
Free with Museum Admission
Visit the Museum of Fine Arts, Boston, to celebrate Nowruz—the Persian New Year, and welcome the first signs of spring! Learn about Nowruz traditions and explore Persian works of art in the galleries. Enjoy artist demonstrations, music, dance, art and more throughout the day. #mfaBoston #nowruz
Check back for additional details.
All events are free with Museum admission.

CELEBRATING NAVROZ WITH OUR NEIGHBORS AND FRIENDS

As FEZANA enters its 30th anniversary, and migrants grow roots in the North American continent and establish a unique new identity for themselves in our new western Zarathushti diaspora, traditions are forming.

Harkening back to our countries of origin, to celebrate the New Year and the coming of Spring on March 21st (Jamshedi Navroz) we are suggesting that we tell our friends and neighbors who we are by sharing a snippet of our culture, and reviving the tradition of giving them a gift of ‘mithu mohnu’ – any sweet dish.

HOW WE CAN PARTICIPATE

We suggest we make something sweet (shirini) for six or more of our neighbors, gift-wrap it nicely, include a little write up (available from us upon request) in your gift box/plate/basket and deliver it personally to them on or the day before Jamshedi Navroz.

Try to chat about this project with your friends. It does not have to cost you the moon, the idea really is to share this simple tradition with your neighbors.

We got an email from Vera Springett sharing her idea of what she plans to do for her ”care and share”.

Vera says: “I’ll be making ravo and putting it in mason jars for the neighbors. Each mason jar will contain layers of ravo, then a mix of fried almonds and golden raisins, and so on till the top. I think it will look pretty and make it fun to eat. Maybe I’ll provide a spoon too. Let’s see. I’ll tie the write-up around the lid.”

For shipping to addresses in the USA, you may wish to consider ordering ‘badam-ni-boi’ (fish-shaped almond-marzipan) from Roshan Rivetna of Chicago area (RRRivetna@aol.com, 630-340 8272).

We would love to hear back from you, particularly from the Zarathushtis from Iran who are an integral part of the North American diaspora, with creative ideas and suggestions as we travel together on this fun journey and celebrate life.

With all good wishes for Sadeh! 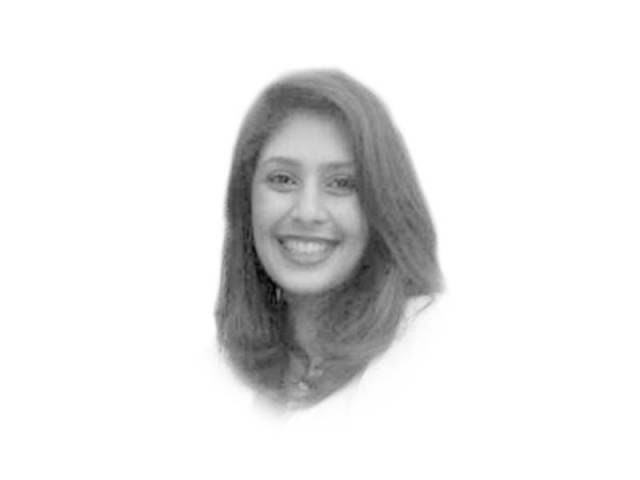 The Legacy of Cyrus the Great

I’m so honored to have the contribution, relevance and impact of our Zoroastrian religion preserved by today’s next generation of kids, and the parents who helped them shine, a few weeks ago when we ushered in the Persian new year Norooz (also spelled Nowruz, Navroz, and countless other ways) at the Zoroastrian Association of Chicago in Burr Ridge.‪#‎inspire‬

The Legacy of Cyrus the Great – Cyrus Cylinder – “Long Live King Cyrus” A Play by ZAC Children at the Zoroastrian Center of Chicago on Saturday, March 26, 2016

HOW TO DRAPE A SAREE IN PARSI STYLE ON NOWRUZ

Nowruz is the name of Persian New year. The word literally means New Day. The day denotes the beginning of the spring in Northern Hemisphere. As soon as the Sun crosses the celestial equator and equalizes day and night, the Parsi families from all over the world gathered together to enjoy the new year day and perform ther religious rituals.

In India, Navroz is celebrated with immense fun and excitement by the Parsi community. They perform special rituals and rites with full devotion on this particular day.

Food is one of the prime things of this day.

The most common dish which Parsis enjoy on this special day is chicken farcha. It is a typical Parsi dish of fried chicken. Among desert, they enjoy falooda desert and Lagan-nu-custard desert. The first one is a sweet milk dish made from vermicelli and rose essence and the second one is caramel custard.

The Parsi style of saree draping is slightly different from the traditional Indian saree draping style. It is simple yet elegant. Want to know how to drape a saree in Parsi style? Here you go:

Can’t understand properly? Here is the video tutorial to make it, even more, simpler.