Discussion Group – Zoroastrianism outside the Box

All the talks organised and recorded by the AZA President Ruzbeh Desai and Committee member Kainaaz Choksey and at times with our AZA Treasurer/ Vice President Kaizad Panthaky as the coordinator.

This series was sponsored by AZA, per kind courtesy of an anonymous AZA member, in memory of Late Bachoo and Ruttonshaw Nanabhoy

The Iranshah Atash Behram building in Udwada, Gujarat has housed the revered Iranshah fire since 31st October 1894. With the passage of time, the main building and other structures in the complex had deteriorated, necessitating extensive restoration and conservation work.

Zoroaster, the Greek for Zarathushtra—the ancient Persian Prophet who lived three millennia ago—is often viewed as the founder of Zoroastrianism, a minority religion today with no more than 200,000 followers living in India, Iran, and Western Countries. However, Zoroaster’s religious, intellectual, and ethical influences permeate history. Although popularized in recent times by Nietzsche’s Thus Spake Zarathustra, Zoroaster was probably the first philosopher whose theosophical revolution three millennia ago introduced the ideas of reason, truth, unity, law, liberty, free will, good ethics, and social engagement into the fabric of human thinking. Here is an invitation to a deep history with profound relevance to the world we live in. Rasoul Sorkhabi, Ph.D., is a professor of geology at the University of Utah, Salt Lake City. His life spans Iran and India, where he first encountered the Zoroastrian religion, as well as the U.S. His lifelong interest in the interface of science, philosophy, and spiritual traditions has resulted in a large number of articles published in Quest, Interreligious Insight, Light of Consciousness, Resurgence, Pure Inspiration, Mandala, Sufi, Rumi Review, Tiferet, Yoga & Health, Himalayan Journal, Kyoto Journal, Persian Heritage, The World and I, and others. This presentation is based on his articles published in the winter 2020 and fall 2021 issues of Quest magazine.

The Role of Urvan & Fravashi in the Physical & Spiritual Worlds

Mehregan: The Origin and History

This short video presents the origin and history of the Mehregan Feast (in Persian: Jashn-e-Mehregan) which is a Zoroastrian and Iranian festival celebrated in honour of Mithra or Mehr.

We are pleased to announce that the Zoroastrian Summer School will be held again in 2022. The course will take place from the 20th to the 24th June at the Norwegian Institute in Rome. 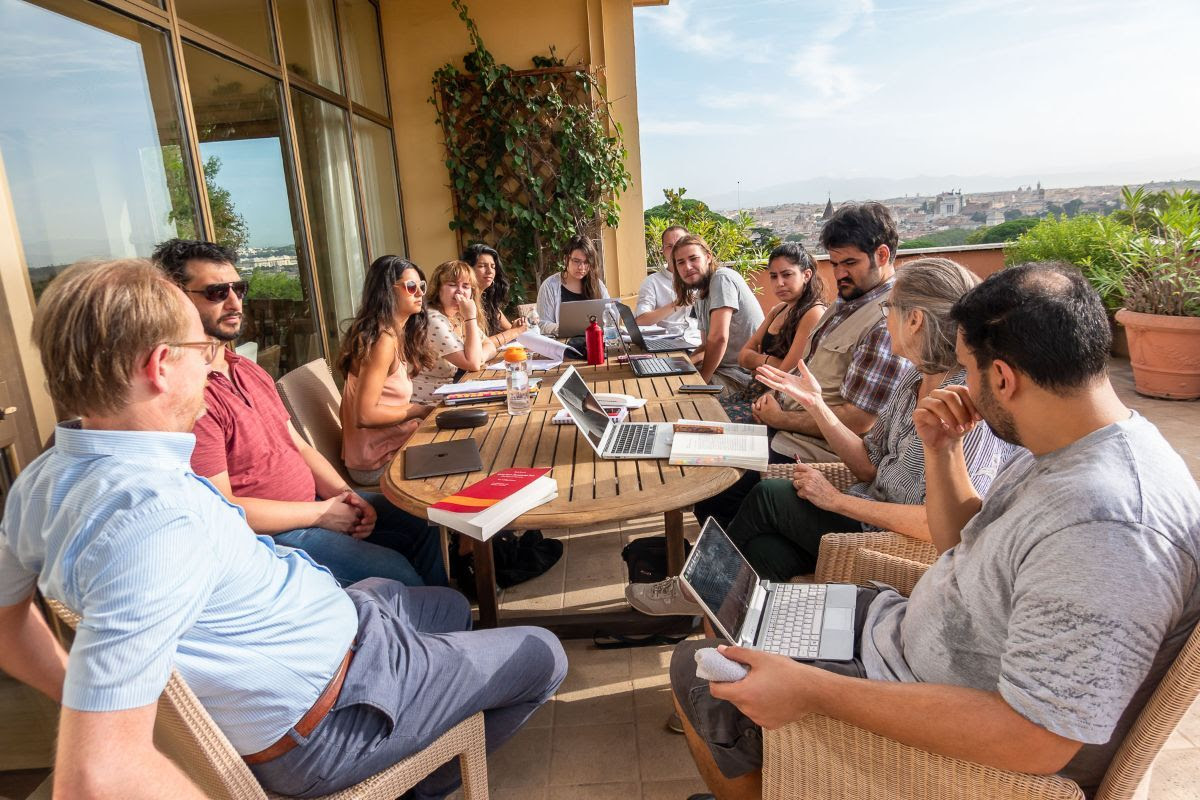 Students at the 2019 summer school

The topic of the course is ‘Zoroastrianism as a religious minority in modern and contemporary Iran’. This course is a fantastic opportunity to immerse yourself in the study of Zoroastrianism. Students will be given an intensive learning experience consisting of lectures, discussions and interactive workshops. The course will be delivered by leading academics from Norway, the UK and the US.

Applications are open to both current (undergraduate or master’s) students and graduates. We give priority to students as the course can be taken for credit. There are no tuition fees, and only a £40 registration fee for successful applicants. We are pleased to offer three bursaries of up to £1000 to help with the costs of travel and accommodation.

The deadline for applications is 20th March 2022. To find more information on the course details and application requirements, please visit the SSPIZS website.

We look forward to reading your applications.

Every year on January 30, Zarathushtis in Iran celebrate the religious festival of Jashn-e Sadeh.

In this article, we examine the origins and the real significance of this ancient Iranian festival.